Artist Young Kim, who has collaborated with Diesel, Visvim, Yoji Yamamoto, and Agnés B. over the course of his career, was mid-move to Hong Kong when we caught up with him in Altadena, CA. With Henry Douglas Jr. Lopez the dog at his side, Young exhibited his Tai chi skills (he’s been training since 1997; Cheng Man Ching, Yang style), and loved-in denim look.

If Kim, the artist who manifests his creative messaging through a fictitious character called Suitman, isn’t wearing a suit, he’s probably in this: an old Edwin Western-style shirt and nondescript denim driving cap. “My default is denim, I guess” he said. “The shirt is like my security blanket.” Purchased in New York “maybe twenty years ago,” Young’s shirt wasn’t always so weathered and worn. The patches – pieces of a bandana he bought at the Bathing Ape store in Aoyama, Tokyo in the late 90s – were applied only after the elbows started wearing thin. Young’s hat, which he found in a “cheap women’s department store” in Tokyo, was dark once. “There was a snap on the brim and it came off,” he told me. Hence the hole.

Have we had a Western shirt as good as this one on the site, yet? Nope. (Ladies, want to get your guys something similar for the holidays? Yeah, so do we!).

Describe your shirt in one word.

If your shirt could talk, what would it say?

When are you going to get rid of me? 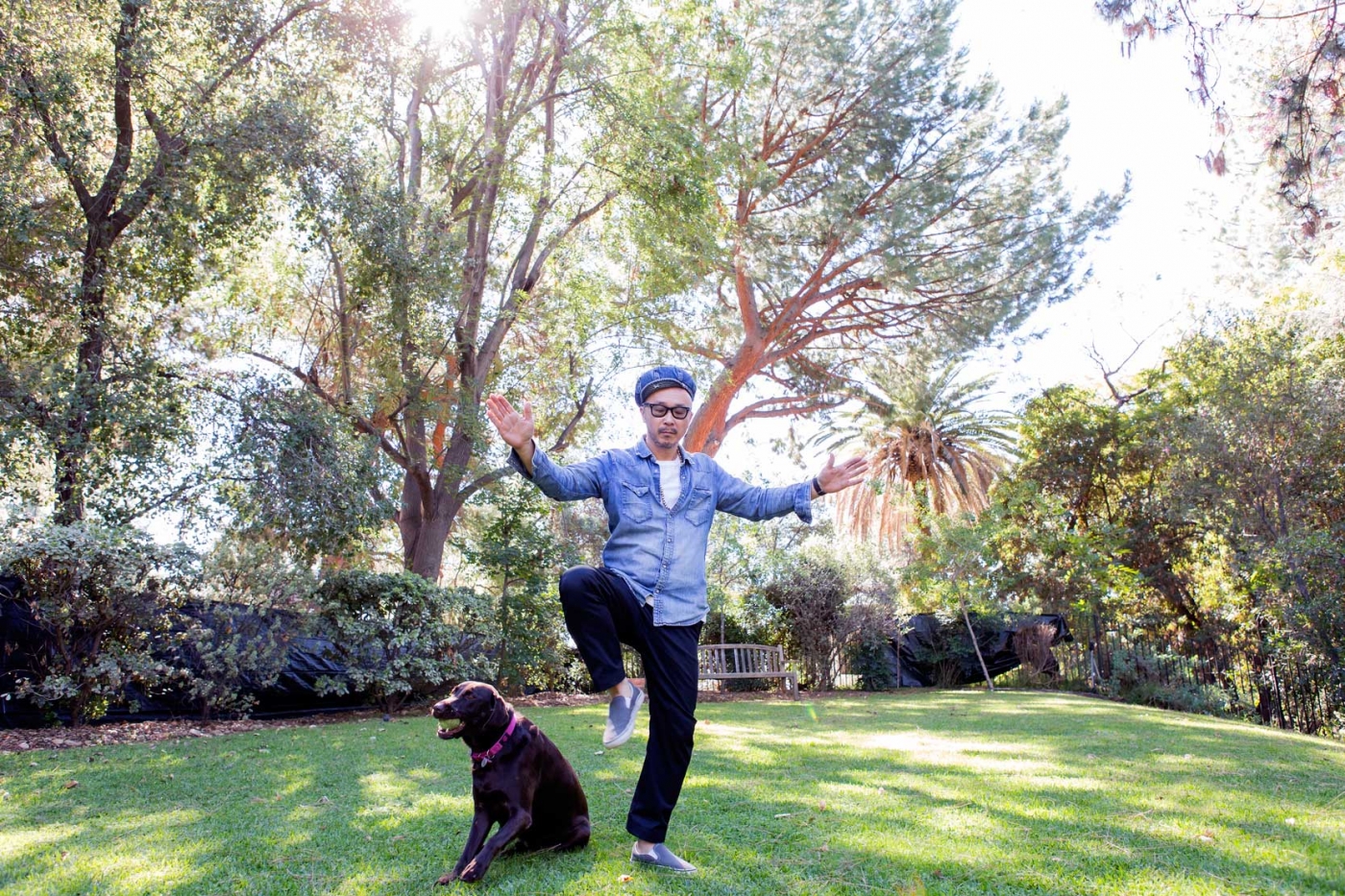 What does your shirt know about you that the rest of the world does not?

If you could go anywhere in the world in your shirt tomorrow, where would you go?

How are you and your shirt alike?

We are both old.

What’s the best possible thing you could be doing in it right now? 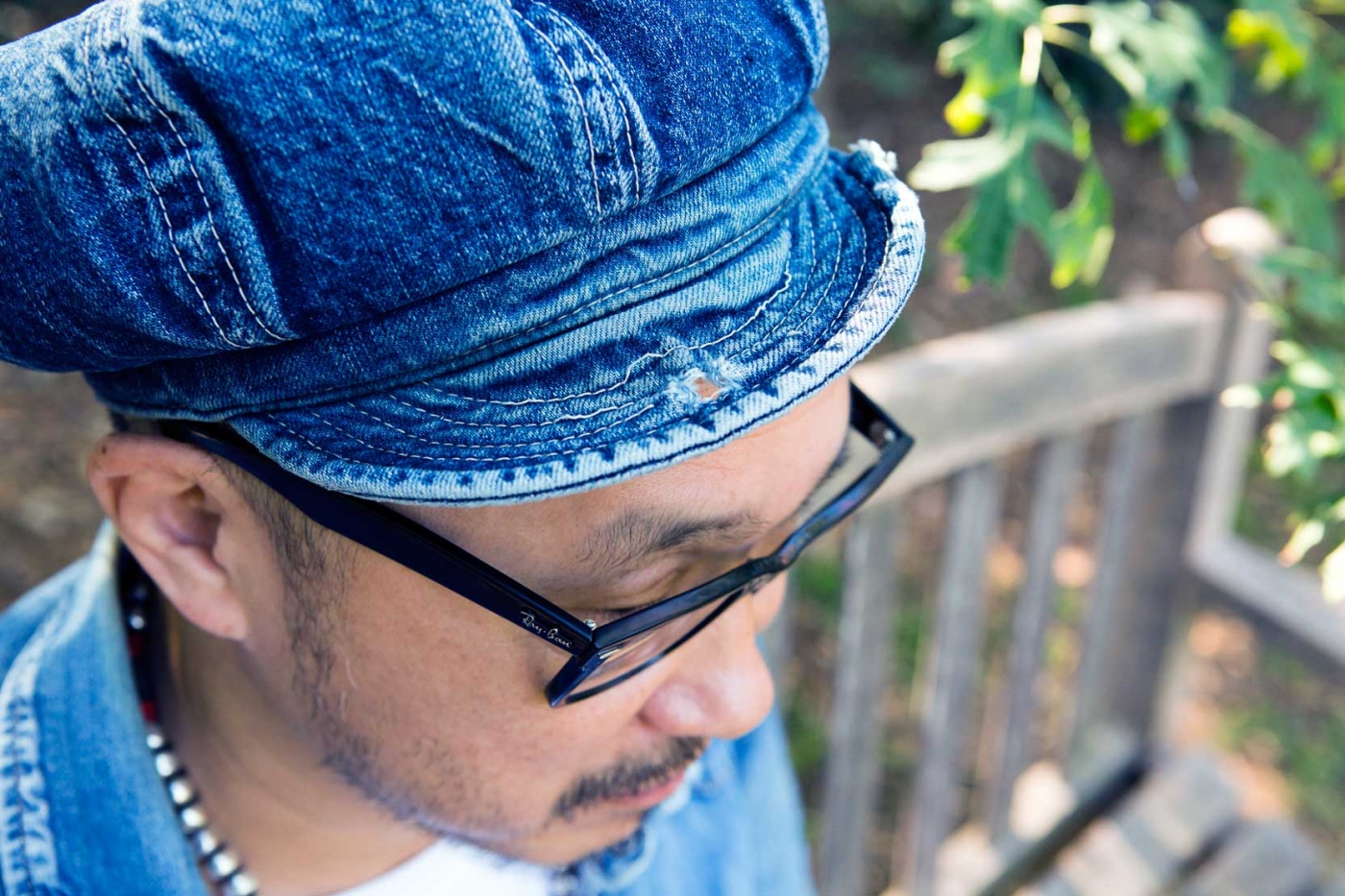 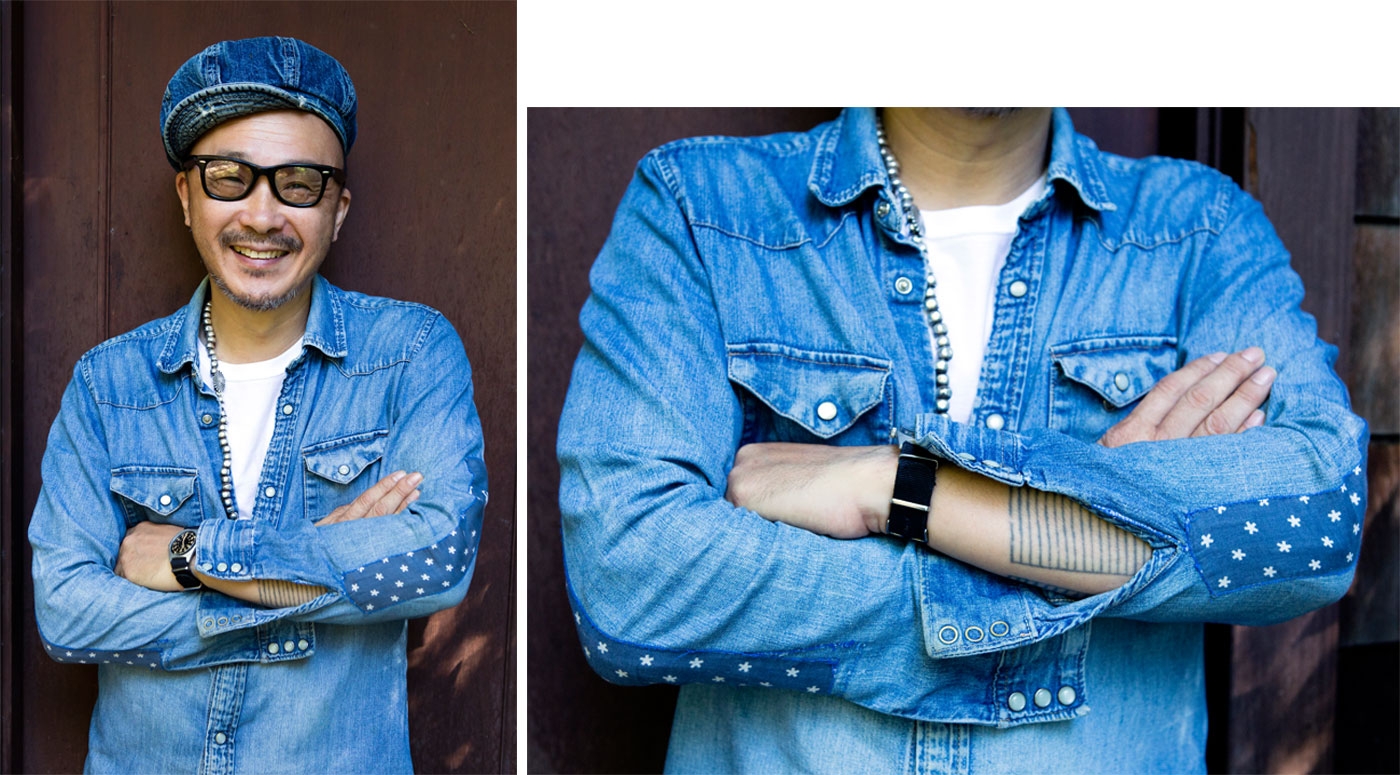 Has anyone else ever worn your shirt?

What’s the best possible ending you could imagine for it?

Upcycle it. Turn it into something else.