Four years ago she was a waitress at Five Leaves in Williamsburg and he was just a regular customer. Today, Lisa Przystup, who runs the whimsical, wonderful James’s Daughter Flowers, and Jonathon Linaberry, who front-mans a band called The Bones of J.R. Jones, are engaged to be married (the wedding is in September). Two jean-loving people, plus folk tunes, plus flowers? It’s a Valentine’s Day denim dream, no?!

At the couple’s home in Greenpoint, Brooklyn, one gets the clear sense that Lisa and Jonathon live with their work. Her flowers spill into into the kitchen. His instruments – tambourines, banjo, guitars – hang on the living room walls. Almost better than having Jonathon’s new new LP, ‘Dark Was the Yearling,’ play on vinyl in the background during our shoot, was having Jonathon pick at his the banjo while Lisa made an arrangement close by. There’s a song on Jonathon’s album called ‘Hearts Racing,’ and I highly recommend you click here and listen; it’s the perfect soundtrack to this story.

As for the jeans, hers are Levi’s Orange Tab skinnies and his are A.P.C.s, and they are loved. Lisa’s actually split at the knee during our shoot (bearing witness to a rip was a first for us!). Jonathon’s are a few years old, broken in from raw. “They really are an extension of the past two years of my life,” he said. Meanwhile, her answer to my question of where she got them – “This is so weird, but I actually can’t remember, it’s like they’ve just always been here” – sums it up pretty perfectly. Cue the music, click back here, and read on…

What word comes to mind when you think about your jeans?

Jonathon: Stenographer. They’re kind of like a shorthand recording of all my activity.

What’s the first thought that pops into your head when you think about them?

Lisa: I’m wishing I could find ten more pairs just like them.

Jonathon: Unfortunately, it would be the bad choice of breaking them in during the humid summer.

What do you love most about them?

Lisa: They are one of the few things I can put on that instantly makes me feel good.

Jonathon: I suppose it’s the fact that they always seem to be the first thing at my feet when I crawl out of bed. So naturally they become the first thing I put on. They’re reliable like that.

What’s the best place they’ve ever been with you?

Lisa: Driving down Highway 1 from Portland to L.A. a couple summers ago. Most people don’t know this but Orange Tabs were made for passenger seat co-piloting, stargazing, and being awe-struck by how magnificent the edge of the universe is.

Lisa: The VFW (that’s the Veteran’s of Foreign Wars) in Montrose, PA. I can say with 100% certainty that this was not a bar I should have been in.

Jonathon: The Freezer. I’m determined not to wash them. 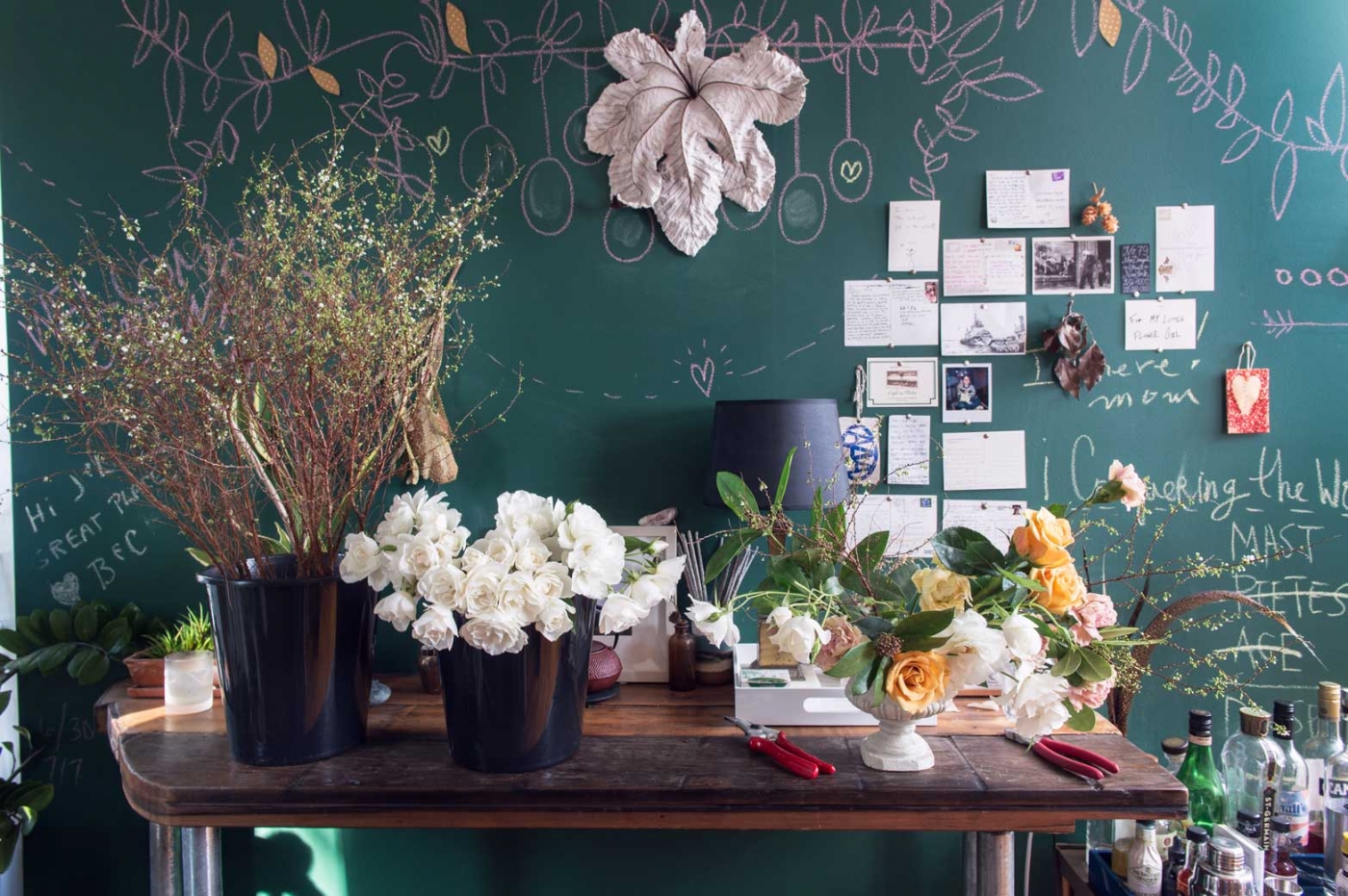 What do your jeans know that no one else knows about you?

Lisa: The strange ballet I have to perform to get them on when they’re fresh from the laundry.

Jonathon: That they are my go to for drying my hands, no matter what I’m doing… Somehow they just seem cleaner; maybe it’s because I know where they’ve been.

If your jeans could talk, what would they say?

If you were to take your jeans anywhere in the world tomorrow, where would you go?

Lisa: The middle of the desert under the stars.

Jonathon: The country. I think they are happiest there.

Off topic, what’s your favorite flower?

Lisa: I feel like it changes. Before I started flowering it was peonies. Now I’m partial to café au lait dahlias (stunning delicate swoon-worthy things), ranunculus, poppies, and bearded irises (beautiful aliens)—honestly, it’s so hard to pick just one.

Jonathon: Lilacs and Hyacinths are the first that come to mind. It’s the heady smell. It hits me right in the chest. I am such a sucker for that.

Lisa, you just spilled murky flower water on your jeans – what do you do?

Eh. Just leave it. I feel like that’s the beauty of an old pair of jeans—you’re past the point of treating them like a precious commodity—you’re still in love but you realize that everything that happens to them just adds to the story (like, say, ripping a hole in them when Jean Stories comes to visit).

Yeah, how are you going to treat that rip now? Do you patch it or let it grow?

I think I’ll go ahead and let it grow—it already has. After you left I knelt down to pick up a flower bucket and they ripped even more. Then I knelt to plug a lamp in and they ripped again. The only thing that can make a great pair of jeans even better is a good rip. Maybe a patch somewhere down the road.

What do you think Jonathan would say about how you look in your jeans?

I’m pretty sure these jeans are the only reason he’s with me.

I can tell it’s a good day when I walk out after getting dressed and she says, “Man, OH, Man!” 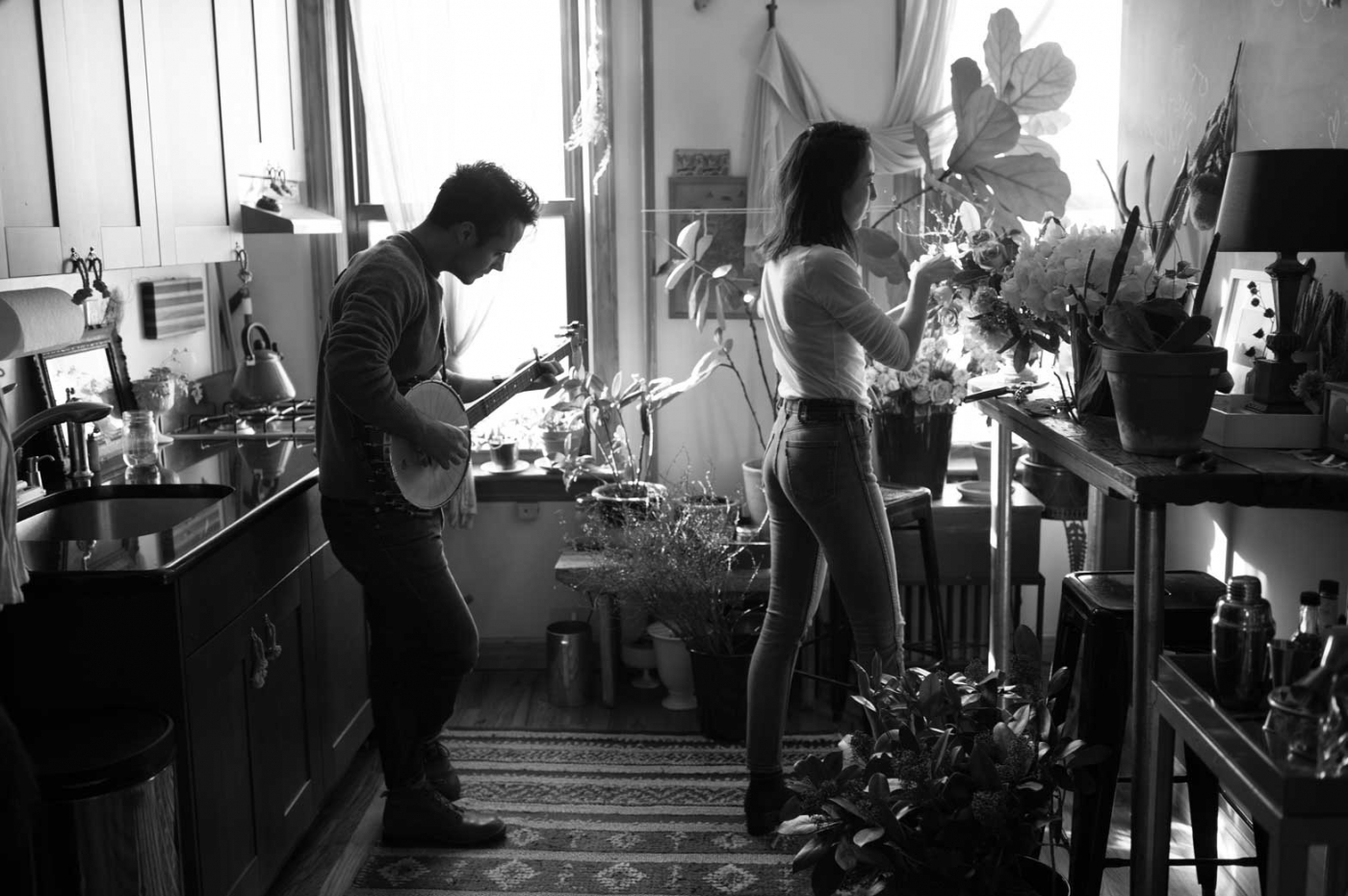 HEARTS RACING Jonathon and Lisa, at work and at home in Brooklyn.

Jonathon, do you know how many songs you have written in those jeans?

Oh, man…so many. Not all good ones, though.

Do you know many shows have you played in them?

I usually alternate between these and another pair… So if I were to guess, maybe 52 or so in the last two years.

How much of your album, ‘Dark Was The Yearling,’ have those jeans seen?

I was breaking these jeans in when I was writing the music for that album. They definitely saw their share of studio time…but they didn’t really come into their own until I was ready to start playing out after the recording of the album. 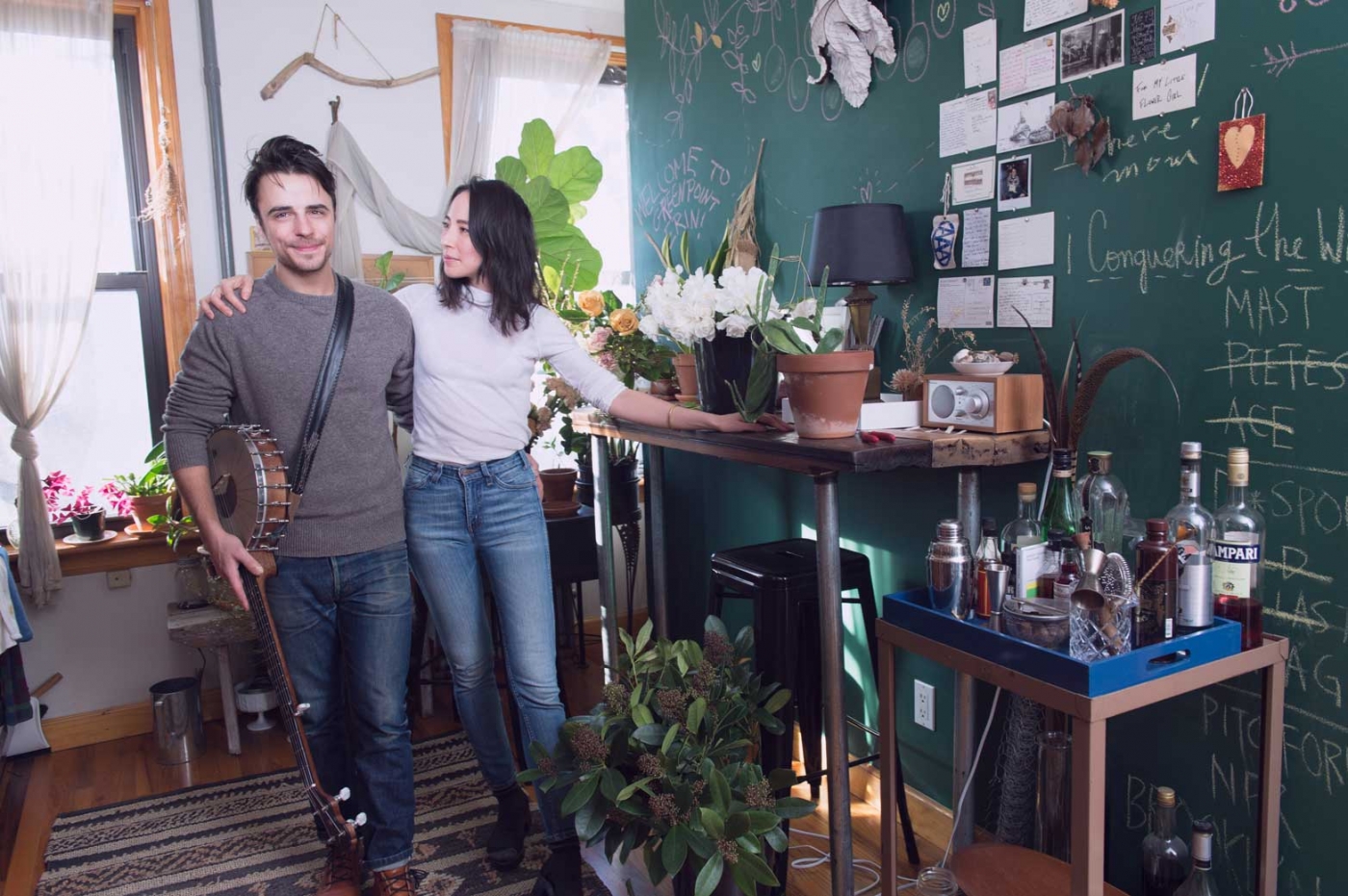 Lisa: Sexy (feels weird to say, but it’s the truth). 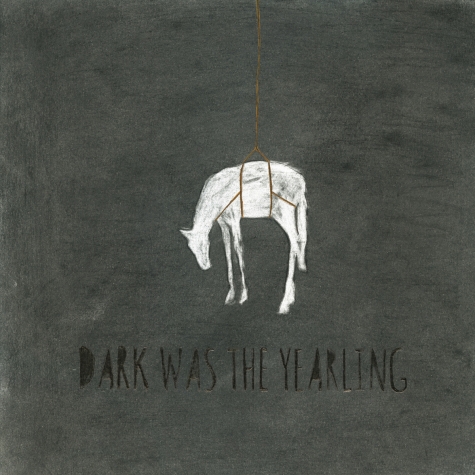 The Bones of J.R. Jones will play The Mercury Lounge in NYC on Sunday, February 15. For more information or to buy tickets, go to thebonesofjejones.com. To buy Jonathon’s album, ‘Dark Was the Yearling,’ click here. Watch the new video for ‘Ticket Home’ here.