“I believe their slogan is ‘Bitchin’ before you were born,”” said the actress Hailey Gates about her favorite jeans, made by the California surf company called Hang Ten that’s been in business for more than 50 years. “They’re ‘glass slipper’ jeans,” she explained. Meaning, a perfect fit the minute she slipped into them.

Hailey, an actress who hails from Los Angeles and now lives in New York, is a busy woman these days: she’s in Miu Miu’s latest ad campaign, shot by Steven Meisel; she’s in a film by Jonathan Demme starring Meryl Streep called Ricki and the Flash (out next month); and she’s just written and produced another film with the artist Tom Sachs, a docu-drama about an expirimental Mars-bound operation (A Space Program). The day these pictures were taken, Hailey had lunch with Sachs, actually. “And got shat on by a bird,” she said, making things interesting. She’s an advisory editor for ‘The Paris Review,’ too, and really quite good at telling stories. You’ll see, keep reading…

What do you love most about your Hang Ten jeans?

There is one thing about them that may not show up in the pictures: they are stitched with this very subtle, but very tawdry, gold thread, which I hated when I first found them. I now have this perverse obsession with it, it is fading with wear and I am devastated.

Is there something about the fit of them that you feel works perfectly for your body type?

They are ‘glass slipper’ jeans. Frankly, I never wore jeans until I discovered long zippers. I have a 23-inch waist and a considerable butt for my size. I could never find a zipper long enough to fit over my butt, and still fit my waist until these jeans. I need to get them replicated. Do you know anyone? [We do! Try Erin at 7th Bone Tailoring.]

If your jeans could give us a word of advice – maybe it’s something you’ve learned while wearing them – what would it be?

If you come to a village and there are no chickens, turn around. Also, drink water, pee champagne. 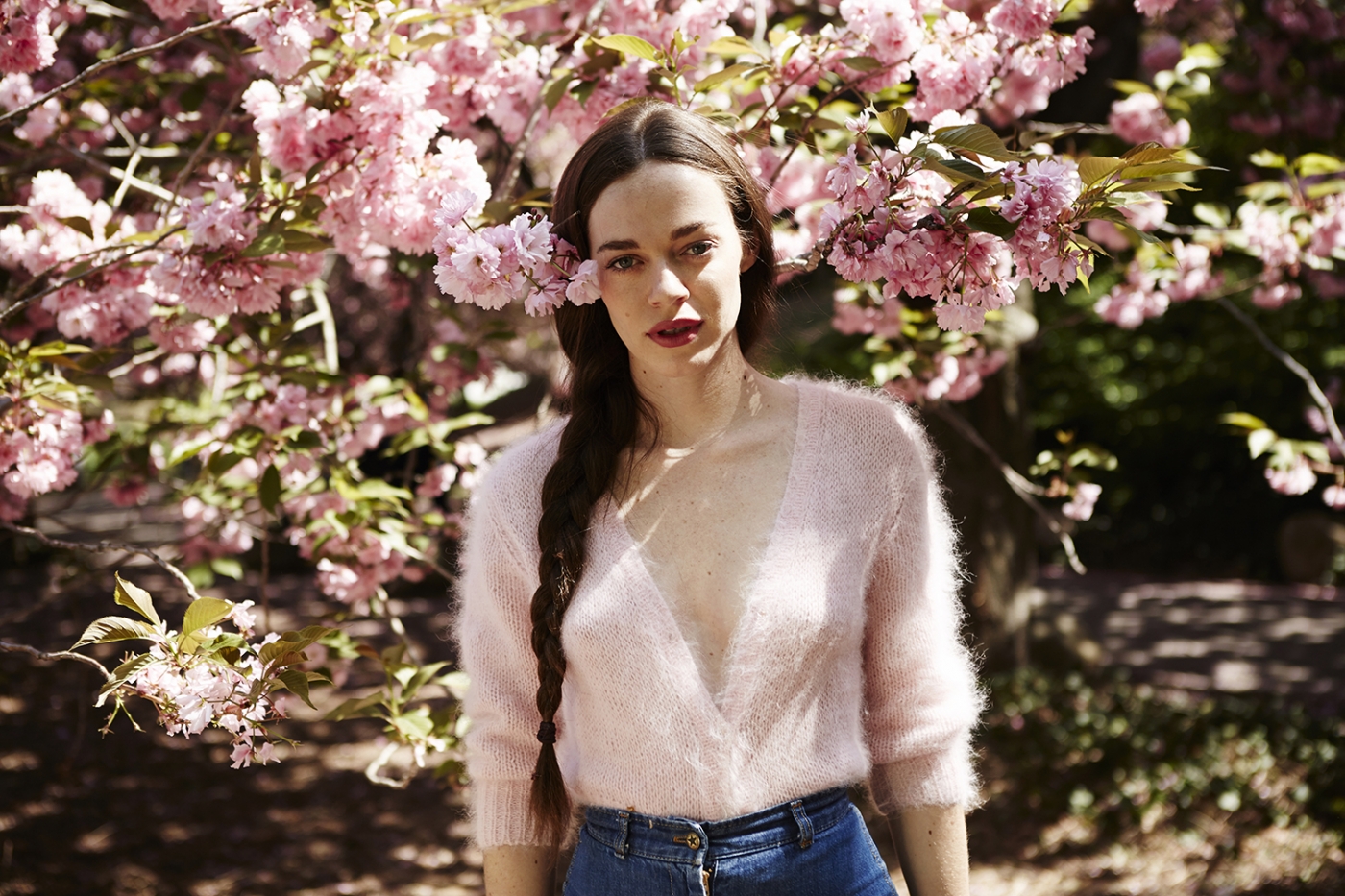 What do your jeans know about you that we don’t know?

How often I have to pee.

If you could go anywhere in the world in them tomorrow, where would it be?

Well, I am leaving for the Congo next week, so I guess they are coming with me.

What do your jeans and you have in common? Anything?

We were both born in California. My great grandfather was the first mayor of Santa Monica. I grew up with California WASPs. Different than East Coast WASPs, because instead of martinis they drink margaritas; they still know how to fox trot and play bridge, but they also know how to surf and divorce fairly amicably. Hang Ten invented the board short, and that is what I imagine my ancestors lived in most of the time ­– board shorts and Brooks Brothers. When I am homesick, I watch Bruce Brown movies [credits include, The Endless Summer (1966), Surf Crazy (1959), and Barefoot Adventure (1960)]. 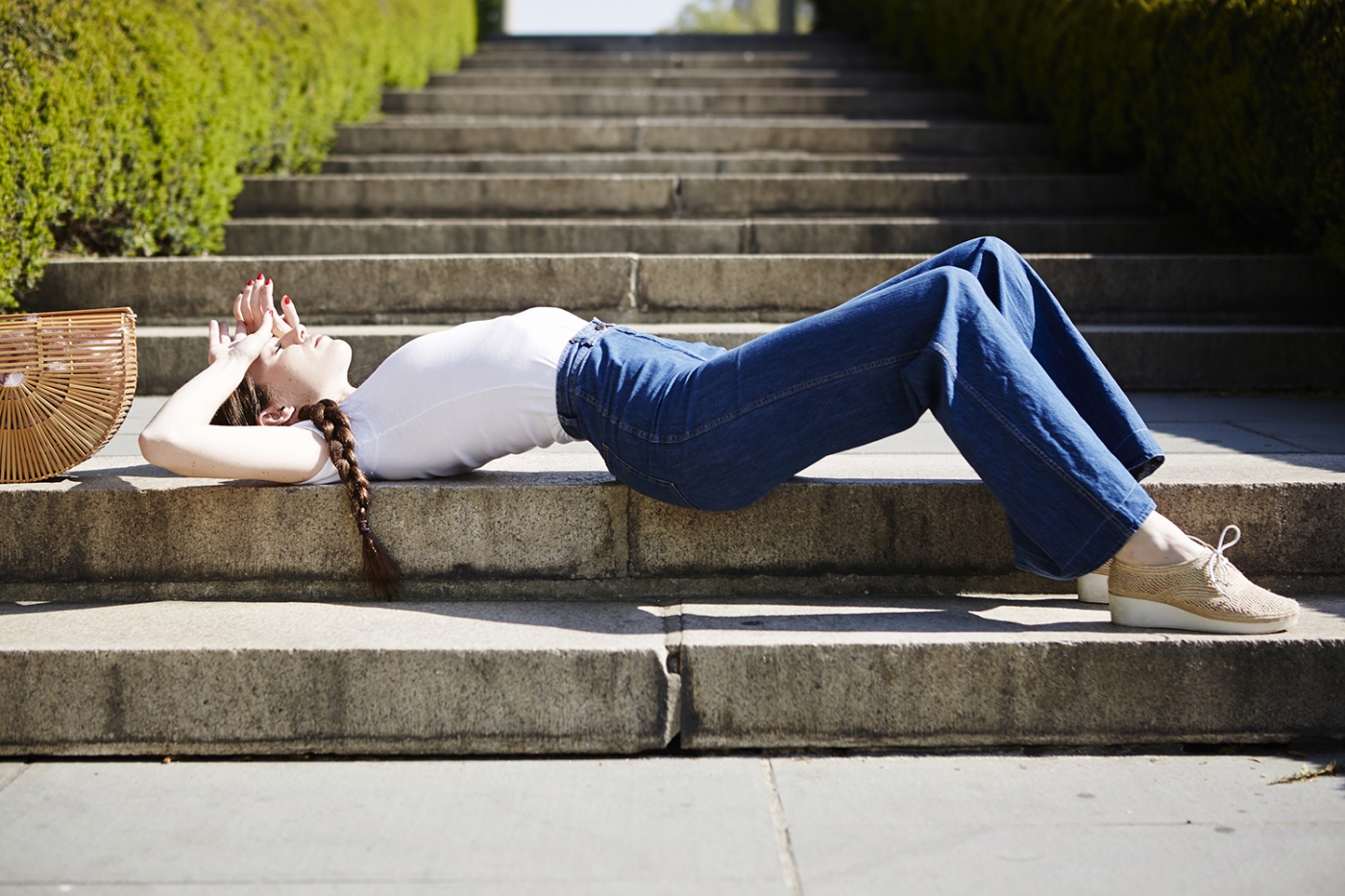 What’s your favorite way to wear your Hang Tens?

Black turtleneck, white t-shirt, or with this pink Kinski Sweater [referring to the one actress Nastassja Kinski famously wears in the film Paris, Texas]. I don’t wear jeans to be casual. I’m not a very casual person.

What’s the most memorable place your jeans have been?

What is the best possible ending you could imagine for them?

The splits in a crosswalk 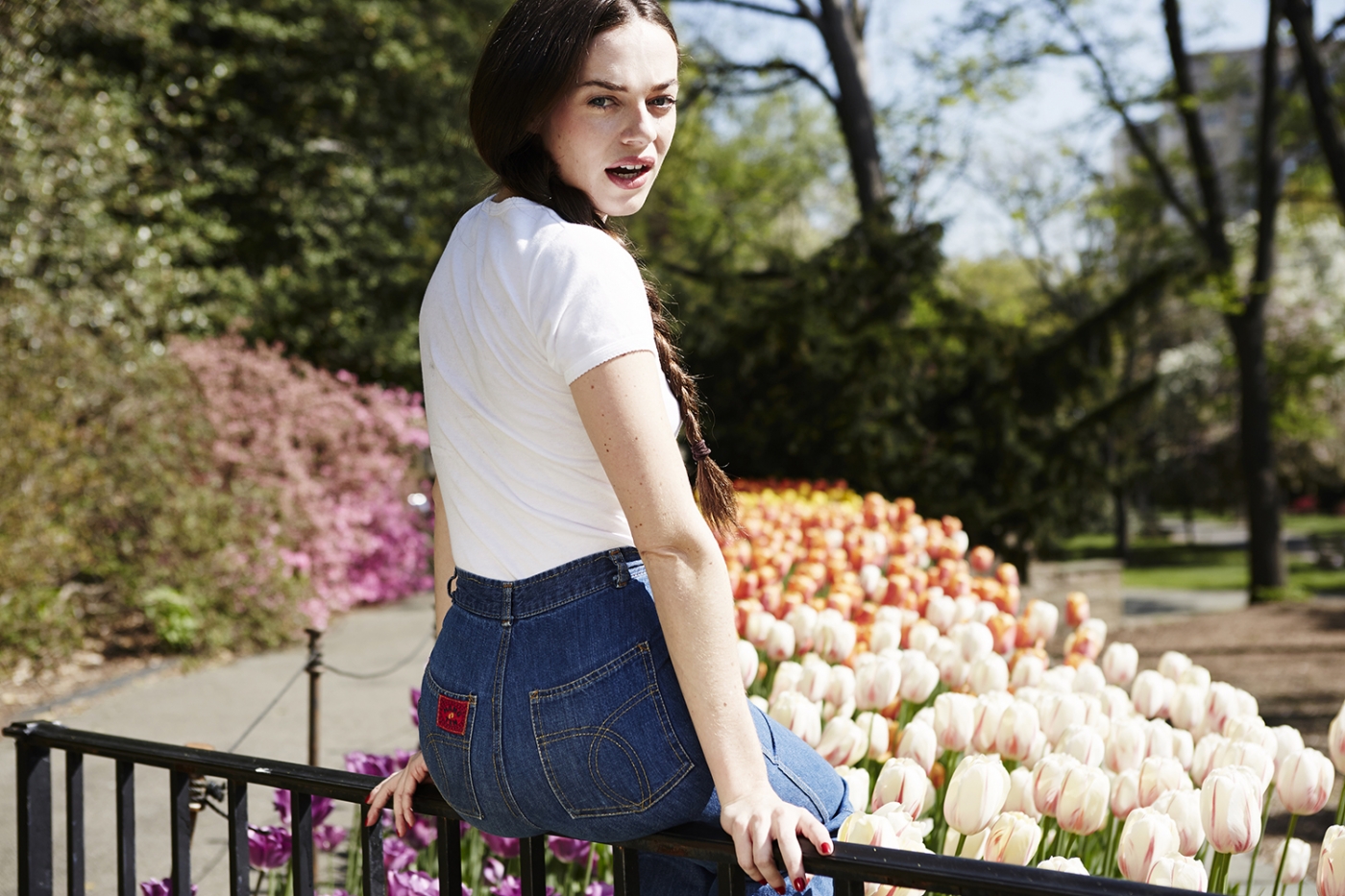